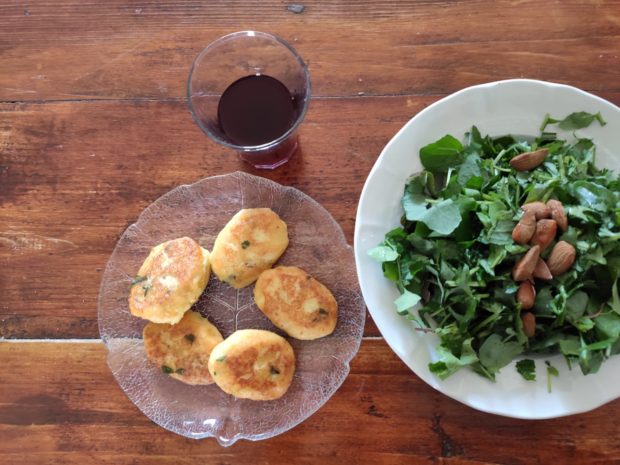 From India, Mexico, Brazil, France, Germany, the US — everyone has their own style of meatballs. Called different things in different places around the world, Albondigas, Meatball, Bulletten, Aloo Tikki, Coxinha.

Note on Language: Here, we refer to it as “croquette”. Although this is a French word, in England and the United States, this is the correct dish association — while “meatball” is something completely different and requires…you guessed it, meat.

The ingredients are always different, but the process is the same. The mixture is made with a base of potatoes, rice, beans or meat, and with the binding support of eggs, it’s mixed and then fried in oil. The main characteristic is the rounded shape and compactness. They can be served as an appetizer or a main dish, but a crowd-pleaser regardless.

Here we share one of our district’s most famous versions (that is commonly made throughout Sicily as well): Potato meatballs, moreover, fried potatoes. And who doesn’t love fried potatoes? One of the simplest, cheapest versions, incredibly easy to make and vegetarian.

You’ll find this dish at many local restaurants in southeast Sicily as a popular appetizer.

Boil the potatoes in boiling water, peel them then place in a large bowl. Add the 2 eggs, salt, pecorino cheese, and parsley. 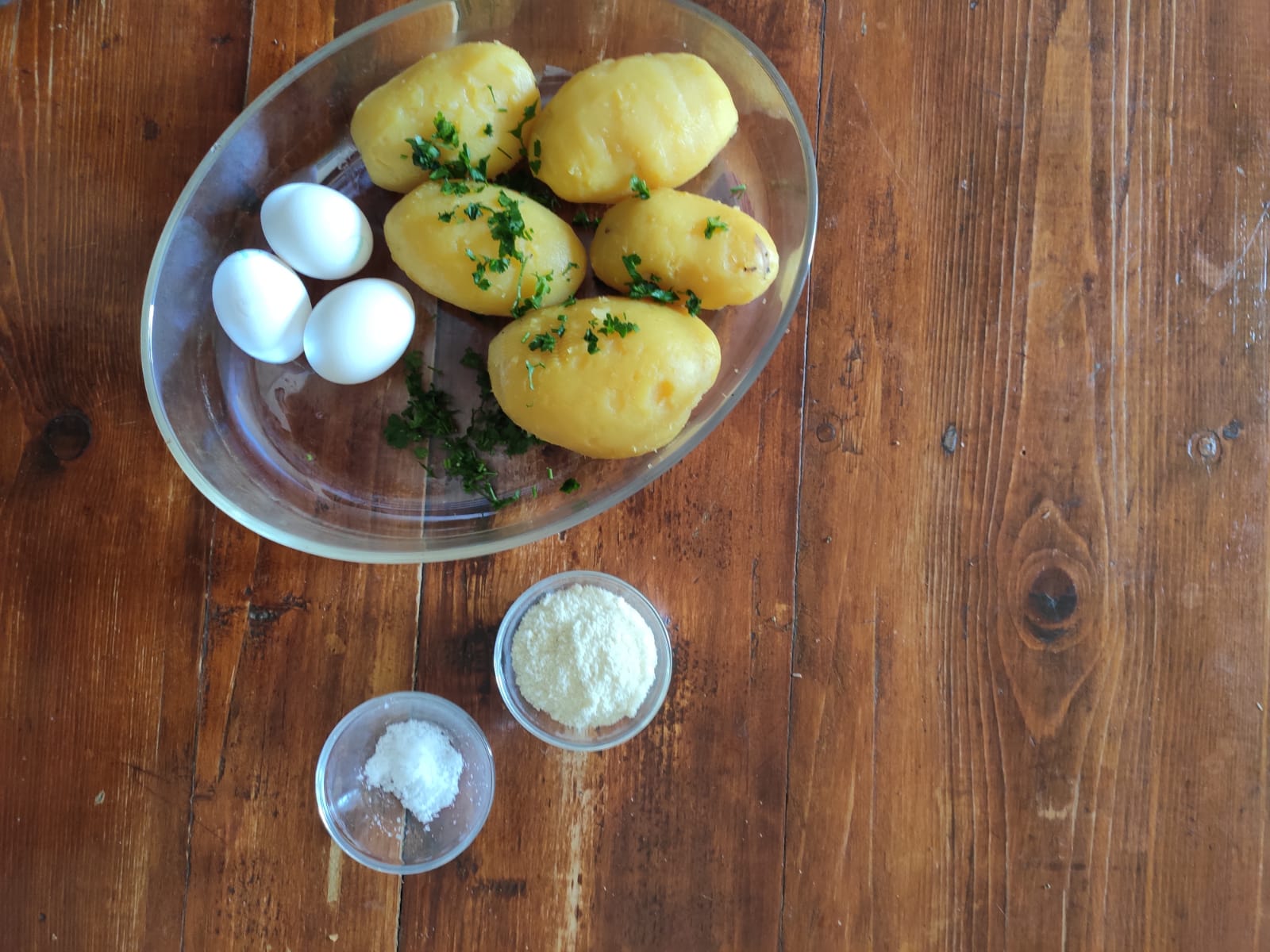 Then, start working them (with your hands!) creating a homogeneous mixture like this in the photo. 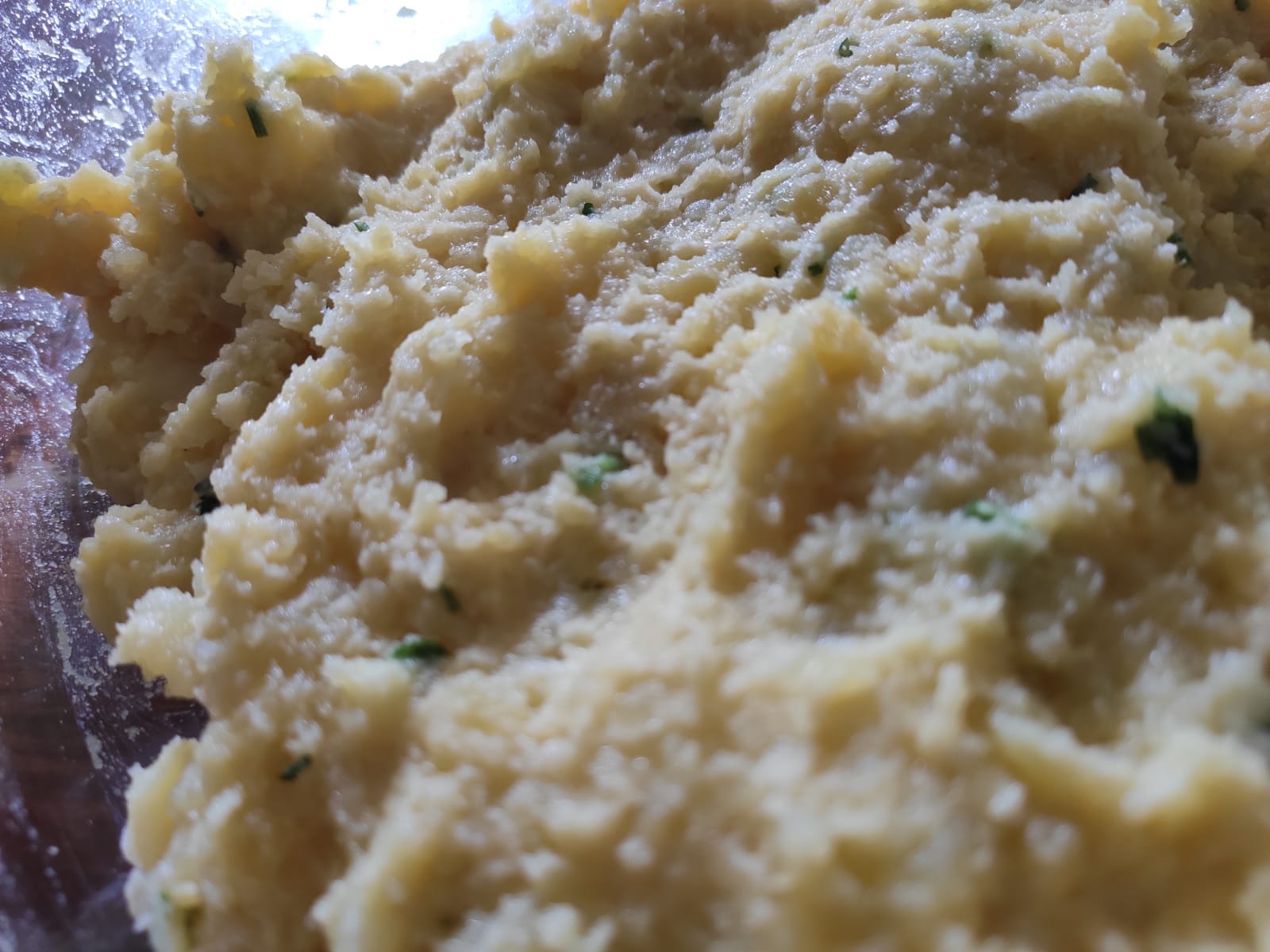 Now, still with your hands, create small balls (shaped like footballs) and arrange them next to each other, careful not to let them stick. 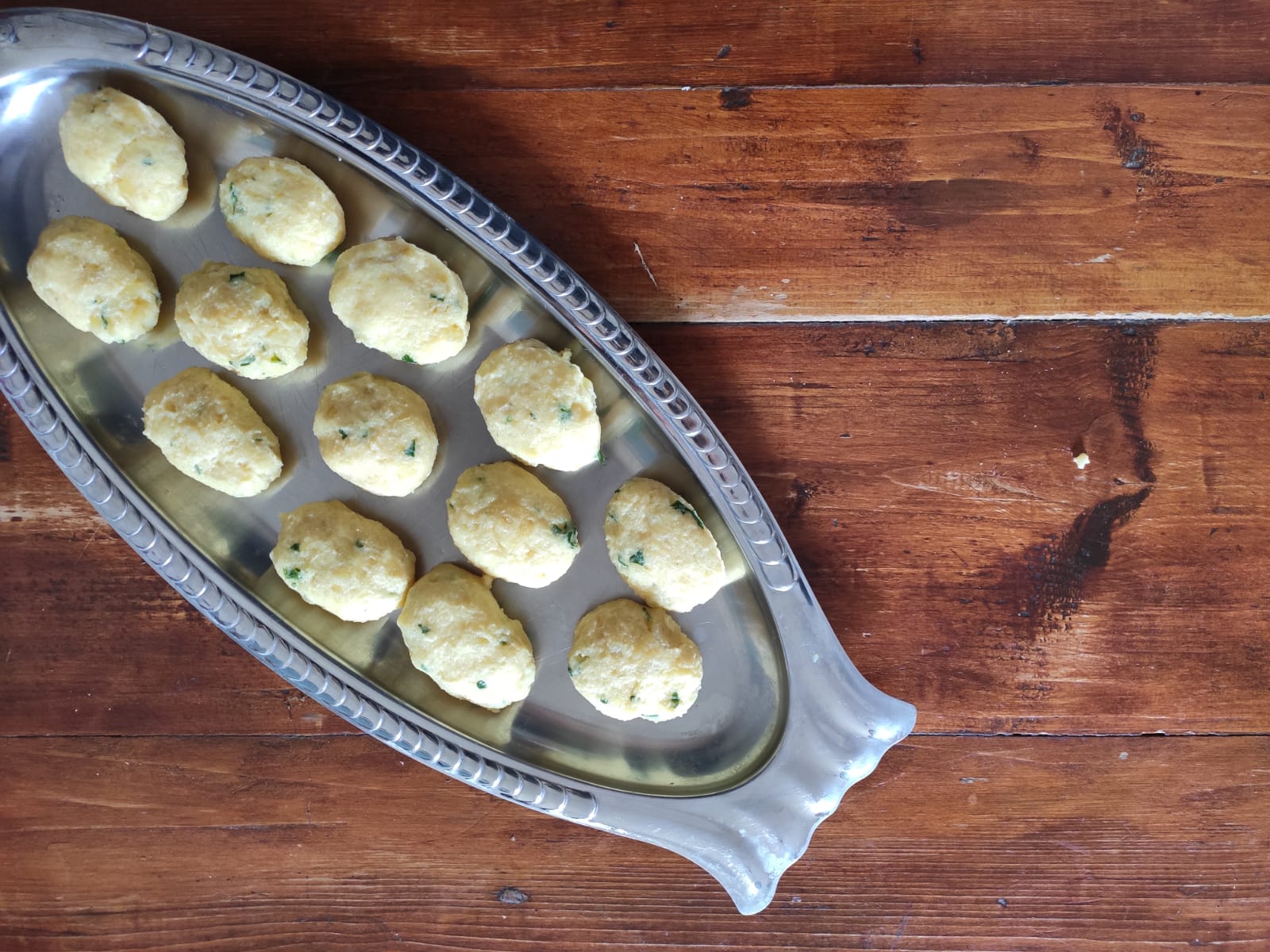 Heat a large, heavy-bottomed skillet to medium-high heat. Pour in about a half of a centimeter of oil (we’re not going to be immersing the “potato balls” in oil, just lightly frying on both sides). Place a few of the potato balls into the hot oil — keeping some space between them. Flip them after several minutes, when golden brown, flip with a fork. Once golden on both sides, place on a paper towel to cool. 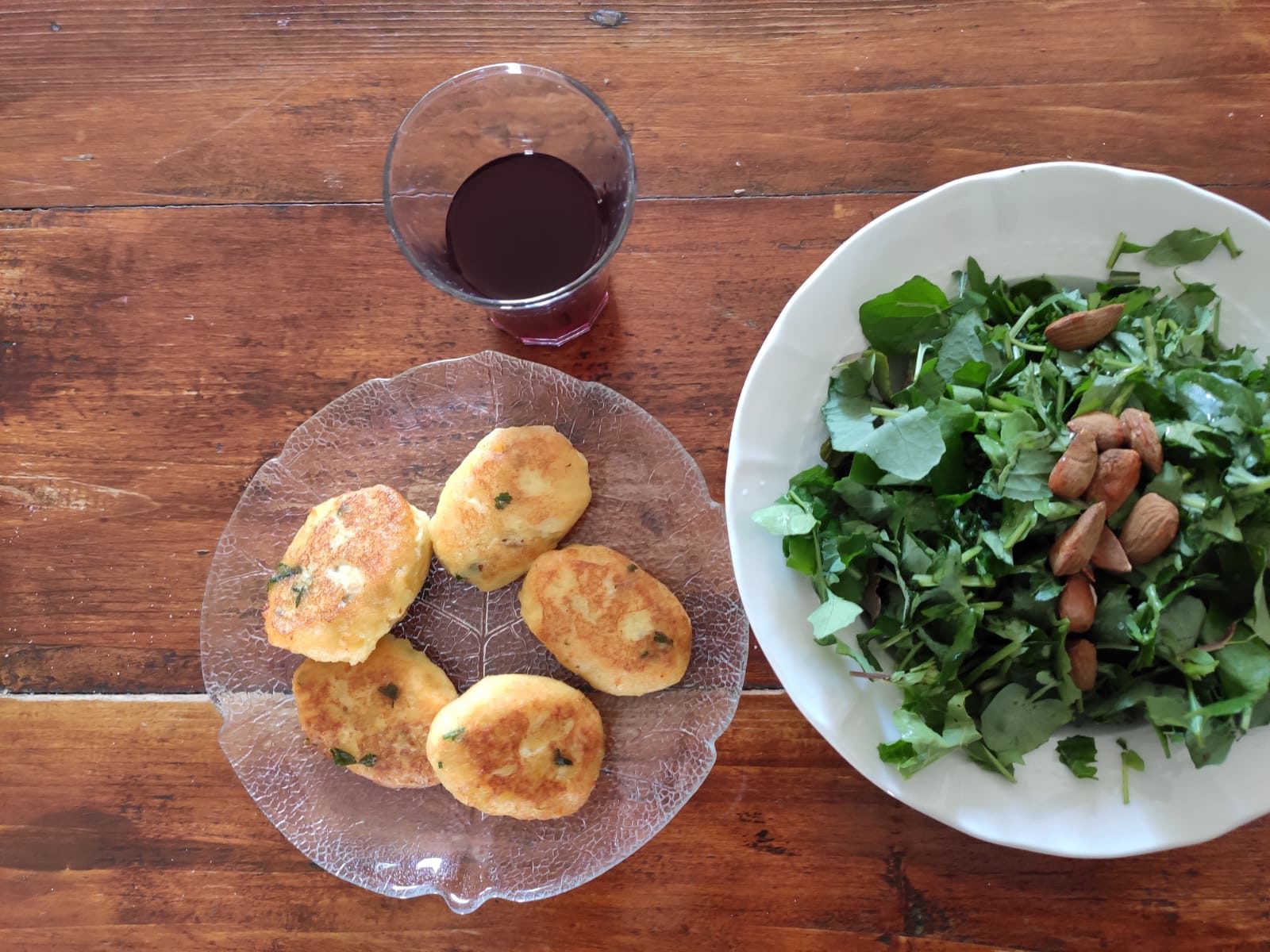 What next, a salad? Nice glass of Nero d’Avola wine?

The villa is surrounded by a beautiful garden, it is in the center of the Lido di Noto but in a quie
€
For night